Act now: Clearcuts on private land are out of control

The comment period on the Private Managed Forest Land Act has now closed.

Large swaths of private BC forest are being clearcut without public notice, consultation or thought for community, wildlife or long-term forest sustainability.

Why is this happening?

A significant portion of BC’s logging—particularly in the Kootenays and on Vancouver Island—happens on private land, but current BC regulations on private land logging provide little to no protection for wildlife, water, or local communities—while giving logging companies big tax breaks.

What this means for you.

Weak regulations are a threat to both the economy and the environment as forests are being managed for short-term profit instead of long-term sustainability.

Sights of barren landscapes—not green forest—are increasingly common as clearcuts are appearing all around Kootenay communities. There are large clearcuts on private land in Cottonwood Lake near Nelson, above homes in Wynndel near Creston, and along the steep hillsides of Fernie and the Elk Valley. Currently, more than one-quarter of the total logging in the East Kootenay is from private land. On the southern coast and Vancouver Island, more than one-fifth of total logging is on private managed forest land—and over half of that wood is being exported as raw logs instead of being processed in BC mills.

So many trees are being cut, so quickly, that wildlife, forests and communities are going to bear the consequences for generations.

Now, we are not talking about small land-owners cutting down a few trees, we are talking about large, publicly traded companies who own vast tracts of land and who are logging it at unsustainable rates. In the Elk Valley alone, Canwel is cutting so fast that at this rate, in less than 15 years they won’t have any trees left on the 1/8th of the Elk Valley that they own.

When forests are managed sustainably, it benefits all. When we log sustainably, we protect long-term tourism and forestry jobs, protect fragile ecosystems that provide critical wildlife habitat, clean our water, purify our air, and more, all without compromising the future for our children, or their children.

What can you do?

Now is the time to act. The BC government is reviewing the Private Managed Forest Land Program and asking what the future of logging on private land should look like.

Send a letter to the BC government to demand stronger regulations on private land logging. The public engagement period is open until July 22—have your say today.

Want to do even more?

After, sending a letter, fill out the Private Managed Forest Land Program review questionnaire, and refer to our helpful survey guide to answer the questions. 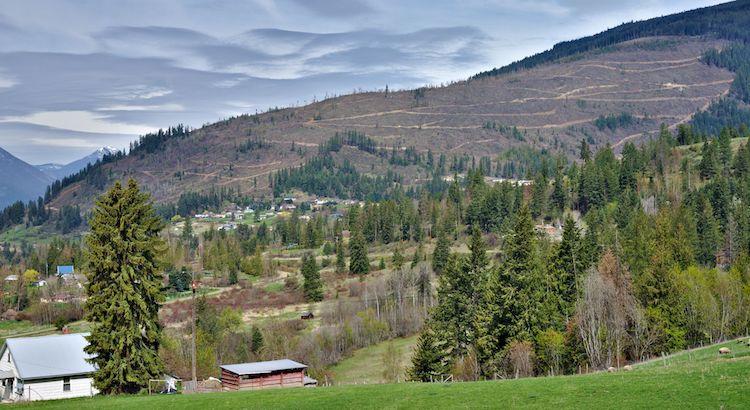